PRO Zone
1324 credits
Buy credits
You are in the public account. If you want to play the game or join in the discussion, you have to log in. If you are a new user, you must register first. 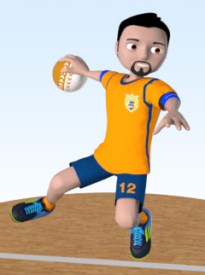 Invite new managers to the game and get up to 12 credits for one referral!
Notepad
This feature is part of the PRO pack!

00
00
01
HRS
MIN
SEC
Watch live
The sporting director regularly sends players for trials in the main team. You can sign and thus hire players who are in a trial period. Bear in mind that if you do not sign these players, they will leave when the new group of players arrives. The stars indicate an estimate of the player's suitability for the given position. They are determined by the qualities of attributes which are important for that position. You will be able to see the estimated qualities of attributes only after he joins the team.

Players recommended by the sports academy

The sporting director has sent us new youngsters for trial!

View players from the sports academy
Days remaining until the arrival of new players: 5

Twice a season you can organize a training camp at the Sports academy. The players that you send into this camp will improve faster. The higher the level of the sports academy, the more players you can send to this camp and the faster they will improve. You can send players to the camp for a maximum of 7 days. Warning! Players in the training camp will not be able to play matches. If a random line-up is generated for the next match (for example if there are not enough healthy players), some players may return from the camp for one day to play the match. In this case they will not gain any training bonus.
You have already organized the training camp twice this season!